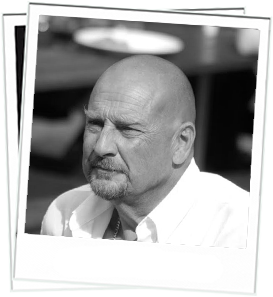 The Jump Up Session

I started back in 1976 doing the club scene with friends, and frequented clubs as The Global Village (now called Heavan)
Scamps, Crackers, The Lacy Lady to mention a few. I played at the Zoom Zoom in Sidcup as a stand in DJ and the Marlow Rooms
with my mobile set up in the late 70s and a weekly gig at Hades Club in Margate, I attended the first 2 Purley Soul festivals and went to the first ever Castor weekender. I have collected Soul, Funk and Disco music since then.

I was influenced by Greg Edwards, Mike Lavell, Froggy and Robbie Vincent and always tuned into his Saturday afternoon show on Radio London. I then stopped playing and concentrated on work but still collected the music. I was asked to do a room for the Black and White promotions company about 15 years ago then slowly got back into playing doing 4 and 5 hour sets for the new late night licenced clubs . When I got the guest spot on Retro Soul Radio it was a tick on the bucket list, never did I think that I would be asked back to do a weekly show.

This Radio Station is quit simply all you need for Funk, Soul and Disco. Check me out on Facebook Ray Saber Jezard and Twitter @rayjezard (Ray Saber)

Stay tuned in and Keep the music alive.